Basic, Trad, Sports, Ethnic, Work, Preppy, Denim, Daily Wear, Outdoor, Accessory, Simple Chic, Souvenir & Pop, Military, Maintenance, Classics. These are the Popeye version of “Cheap Chic”. Updated from the original book “Cheap Chic” that is carefully edited and written by Caterine Milinaire and Carol Troy back in 1975. It’s not just whether it’s cheap or expensive. It’s more about the philosophy of a style: genuine, high maintenanced and worthy. Don’t take it for granted or you won’t deserve it. 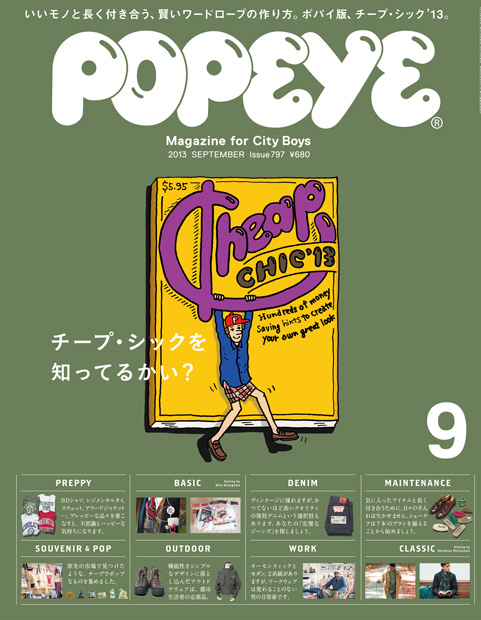