Did you watch ‘Uncut Gems‘ on Netflix? It’s a drama based on a piece of black opal and is set in NYC; the film made me realize that minerals have this magical power which can drive humans to madness, and the jeweler, played by Adam Sandler, is such a great example of that.
On the other hand, my stories about the objects of nature are rather more basic and a lot humbler: I was amazed by the geometric pattern on sea shells, I used to be so curious about the seeds on the ground and pebbles along the rivers and I even thought about the left-over bones from a KFC.
The world is full of mysteries. If we dig into the ground, we may find some dinosaur bones or ancient ruins. If we look up at the sky, there will be the Mars probes running somewhere far away in the universe.
What I’ve realized is the wealth of museums. There is everything in there. Although I have to admit that some museums (exhibitions of dinosaurs) were pretty boring when I was a kid, I now realize they are actually filled with treasures, and there are so many things that we could learn from them.
This edition is a special exhibition from us, filled with objects and topics that we truly love. No ticket needed, just turn the pages! 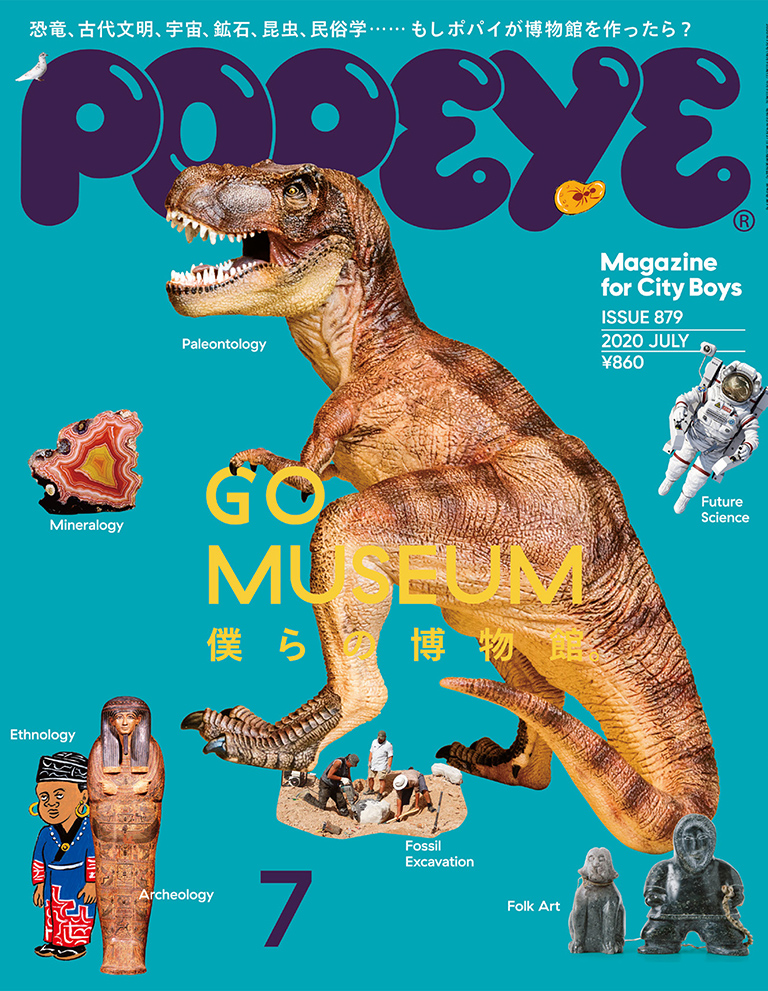 + many more regular features, including POPxEYE and popeye notes.