POPEYE was launched in 1976, exactly 40 years ago as a completely new type of magazine which featured various “city lives” throughout the world. In the very first issue, it was stated that “POPEYE is full of curiosity, he travels anywhere and features any topics that he finds interesting, except for nude photography and cartoons. We believe this spirit exists even today… with the exception of introducing a cartoon that previews upcoming issues.

The first issue’s cover was shot in California. Four editors lived in LA for 50 days in order to create that issue. 40 years later, we also stayed in California in much the same fashion, experiencing the 2016 atmosphere. Fully breathing in the air and absorbing the culture as much as possible. What’s changed and what hasn’t. The West Coast after 40 years and what it means for a 40 year-old POPEYE.

The sun indeed sets and rises again.
Sunset at Chateau Marmont has made us sentimental. 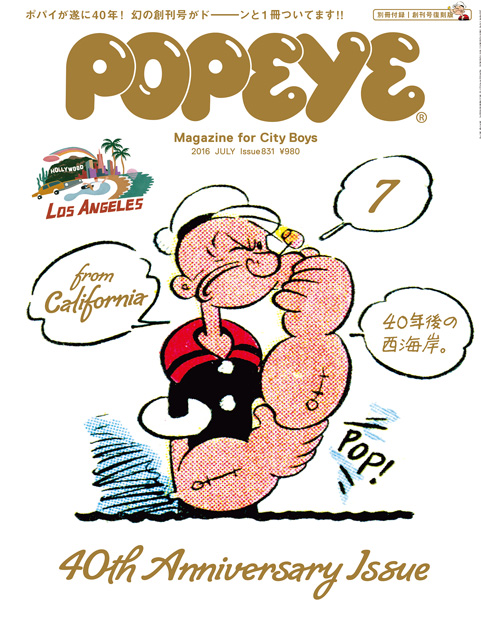 + many other regular features including POPxEYE and popeye notes, and a special reprint of the first issue of POPEYE is attached!