Marking the 40th anniversary year since our first issue in 1976, what we decided to create was a POPEYE’s version of Tokyo guide. Then realized the city was pretty tough one to work on. There are so many new things. There are so many interesting people. And of course, there are so many cool places. So we delved into it more deeply, picking 26 towns and a lot more sites, from the fashionable Louis Vuitton store in Aoyama to an old fashioned public bath house in Asakusa. Indeed, it is an incredibly multifaceted city and plenty of undiscovered sites are waiting to be explored. So, are you ready? 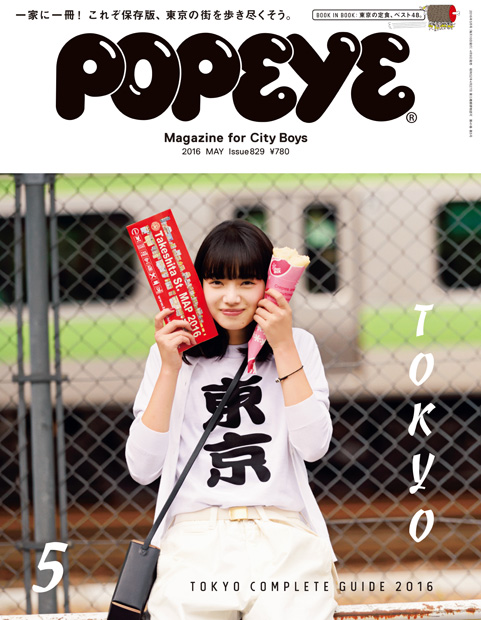 + many many regular features, including POPxEYE and popeye notes.